In August, we had the privilege of hosting Patrick Leddin, Vanderbilt Professor and leadership expert, on tour for his recent book, The 5 Week Leadership Challenge. He was joined by Lucy Westlake, a 17 year old Naperville resident who claimed the record as the youngest woman to climb all 50 state highpoints in the US earlier this year. 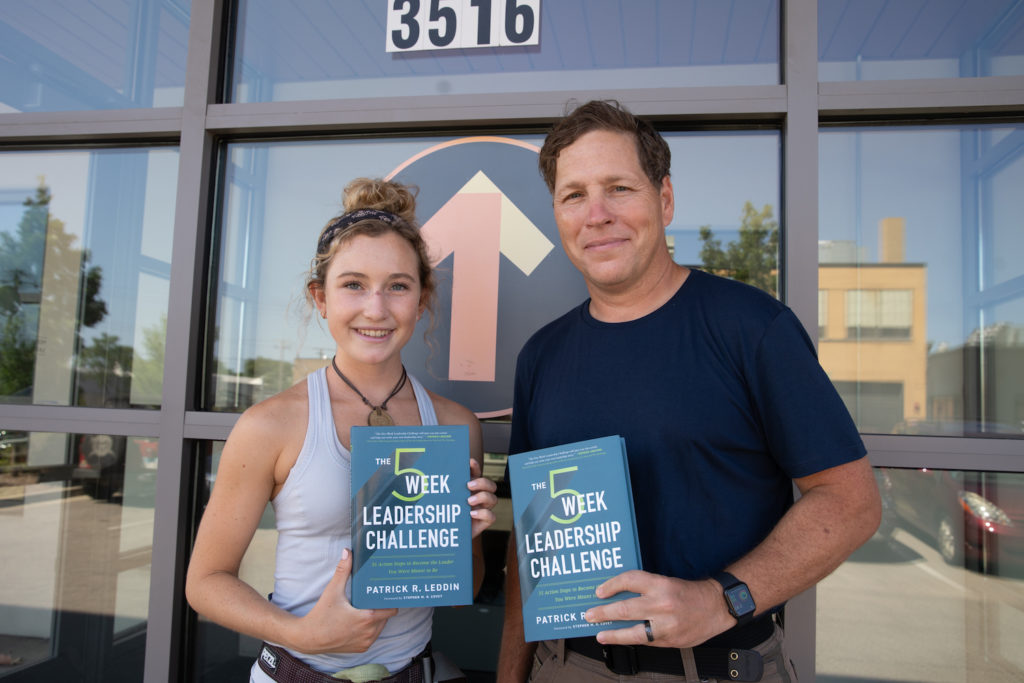 Since their visit, The 5 Week Leadership Challenge landed on the Wall Street Journal bestsellers list, so we followed up with Patrick to see why it’s been such a success and why the climbing community might be interested in the book. Check out what he had to say below!

What inspired you to use adventure stories to help people become better leaders in the 5 Week Leadership Challenge?

The decision to use stories in The Five-Week Leadership Challenge stems from the reality that stories are powerful vehicles to deliver messages that people remember.

Human beings have used stories throughout the ages.

When you hear a story you often remember the details and begin to think about how it relates to you and your story.

The specific choice to use adventure stories, was fueled by two drivers. First, I like adventures. I go on adventures and I’ve spent a sizable portion of my life in the woods, parachuting from the sky, and tackling other goals that have an adventurous component to them.

Second, beyond my personal interest in adventures, an adventure is a great analogy for leading yourself and others. Setting goals, bringing others with you, going places you’ve never gone before, and figuring out how to overcome obstacles is the essence of adventure and leadership.

How has telling these stories and getting people’s reactions shaped your understanding of the importance of adventure in people’s lives?

In the first week it launched, The Five-Week Leadership Challenge made the Wall Street Journal bestseller list. That’s no easy feat. Trust me launching the book has been an adventure unto itself.

As I started to receive feedback from the first wave of readers, I have become more convinced than ever that all of us have a yearning for adventure. You may not choose to tackle one of the adventures that I write about in the book, but you likely  have a desire to push your limits, see what you can achieve, and go on adventures of your own.

Writing this book has taught me that adventure is not just a good analogy for leadership. Adventures are the very essence of what makes us human. Life is an adventure. 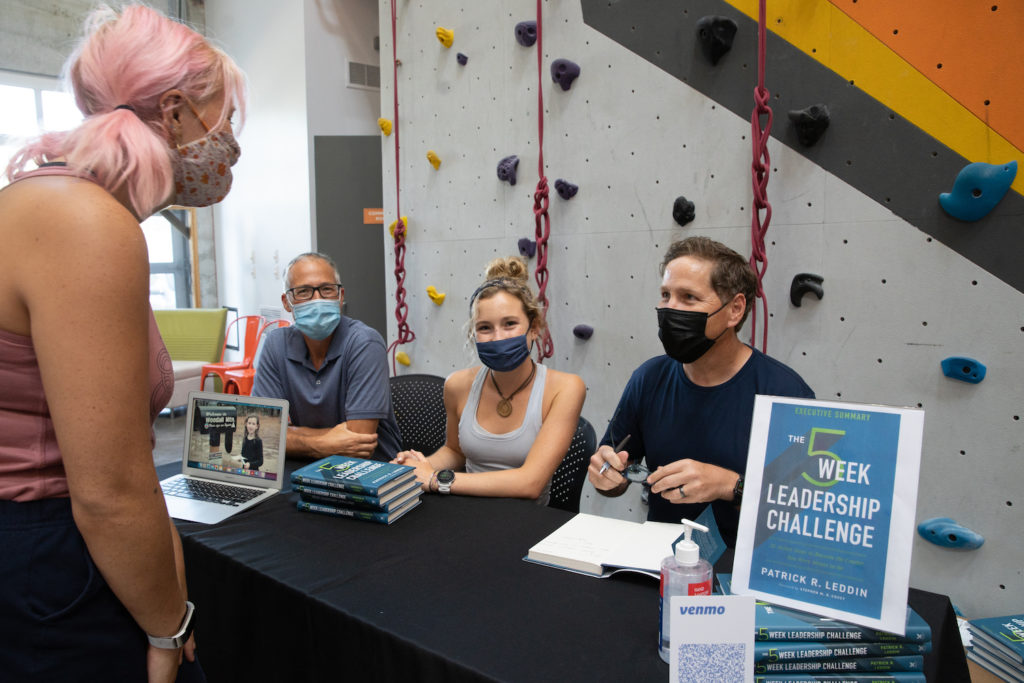 How did you connect with Lucy Westlake, and what about her story made you decide to feature her in your book and in your live events?

I have known Lucy for a long time, well before she set foot on her first mountain. Her dad is a very good friend of mine, and I have watched these two adventurers for years.

When Lucy and her dad, Rodney, first set out to climb Denali, she was only 13 years old. At that time, the two of them had reached the highest point in the other 49 states.  Lucy was on track to be the youngest woman in history to go to the highest point of every state, but as I wrote about in The Five-Week Leadership Challenge, a few obstacles ruined their summit bid. After she returned from the mountain, I had a chance to talk to her about her experience, and, frankly, I was blown away.

Of course, Lucy was disappointed. She had never failed to summit a mountain. She was experiencing something new – failure. However  how she handled the failure was what impressed me. Frankly, she behaved in a way that showed tremendous maturity, and served as an excellent example for all leaders.

As fate would have it, this summer when my book came out, Lucy and Rodney made it to the top of Denali. She now holds the record as the youngest woman in the world to reach all 50 state high points and she and her dad are the youngest father-daughter team to earn that distinction. Oh, and just like a Hollywood movie, they broke the records on Father’s Day.

Climbers learn to lead climb by taking falls and jumping back on the wall. How do you see that practice translating to becoming leaders in other realms of life?

Just like climbers fall and get back up, great leaders do the same. If a climber is trying to tackle a new route, they will encounter obstacles and have to figure out how to deal with them. The same is true for leaders.

If a climber is looking to improve a particular skill, falling is nearly inevitable. The same is true for leaders.

No one wants to fall. It can be painful, embarrassing, and break your confidence. In The Five-Week Leadership Challenge, I tell a story from my time as a young lieutenant in the army when I made mistake and fell from a log into a river in front of my platoon. Fortunately, I wasn’t physically hurt, but my ego was bruised. It was embarrassing. However the lessons I learned from that fall have served me well throughout my entire career and sharing those lessons in this book will hopefully help other leaders to avoid similar falls in their careers.

If you had one message to send the First Ascent community of climbers, yogis, and fitness adventurers, what would that be?

Having worked with leaders around the world, I am convinced that what Steven R. Covey said is true. “No one on their deathbed has ever said that they wishes they had spent more time in the office.“

Keep moving; keep tackling challenges; keep investing in relationships; and keep working every day to be a better version of yourself.